The Nimba Mountains form a fractured chain 40 km long and up to 10 km wide, aligned south-west to north-east. They rise from the surrounding lowlands at about 400 metres altitude in Liberia in the southwest. The main ridge reaches its highest elevation of 1,752 m in the centre, shared between Guinea and Cote d’Ivoire. Much of the central and northern portions of the ridgeline exceed 1,500 m altitude, rising 1,000 - 1,250 m above the surrounding plains situated around 500 m altitude. The mountains form a prominent topographical feature with steep and varied terrain. 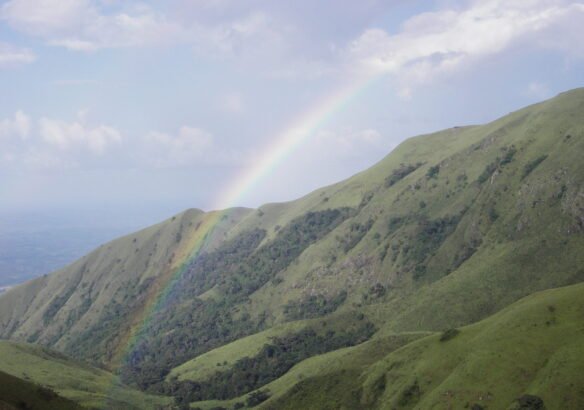 Guinea has a tropical monsoon climate with moist south-westerly winds during the wet season (March to October) and dry north-easterly winds during the dry season (November to February). During the wet season, local vegetation grows rapidly resulting in an accumulation of undergrowth. During the dry season with little rainfall, the shallow topsoil retains little water, leading to ideal conditions for wild fire.

Often described as a ‘water tower’, the Nimba Mountains serve as headwaters to over 40 permanent and seasonal streams. Those in Guinea flow mainly into the Cavally River, which continues into Cote d’Ivoire and then forms the border between Cote d’Ivoire and Liberia before flowing into the Gulf of Guinea. The mountains have many mid-elevation springs that flow year-round, fed by groundwater from high-elevations of the massif.

The dominant vegetation classes of the Nimba Mountains include upland several types of rainforest, including cloud forest and high-altitude savannah at the highest elevations.

Over 2,000 species of vascular plants have been identified, with more than 16 considered endemic to the region. In general, the greatest species diversity is found at lower elevations, and diversity decreases with increasing altitude. Conversely, the pattern of globally rare species increases with altitude in both forest and savannah.

Vegetation classes in the surrounding lowlands are dominated by fallow, cultivated and grazed land.

They include highly modified habitat containing many fewer species of biological value. However, these lands are interspersed with gallery forest and edaphic savannah which, while modified and degraded, still harbour biodiversity of conservation value and protect aquatic environments with species of extremely high conservation significance. 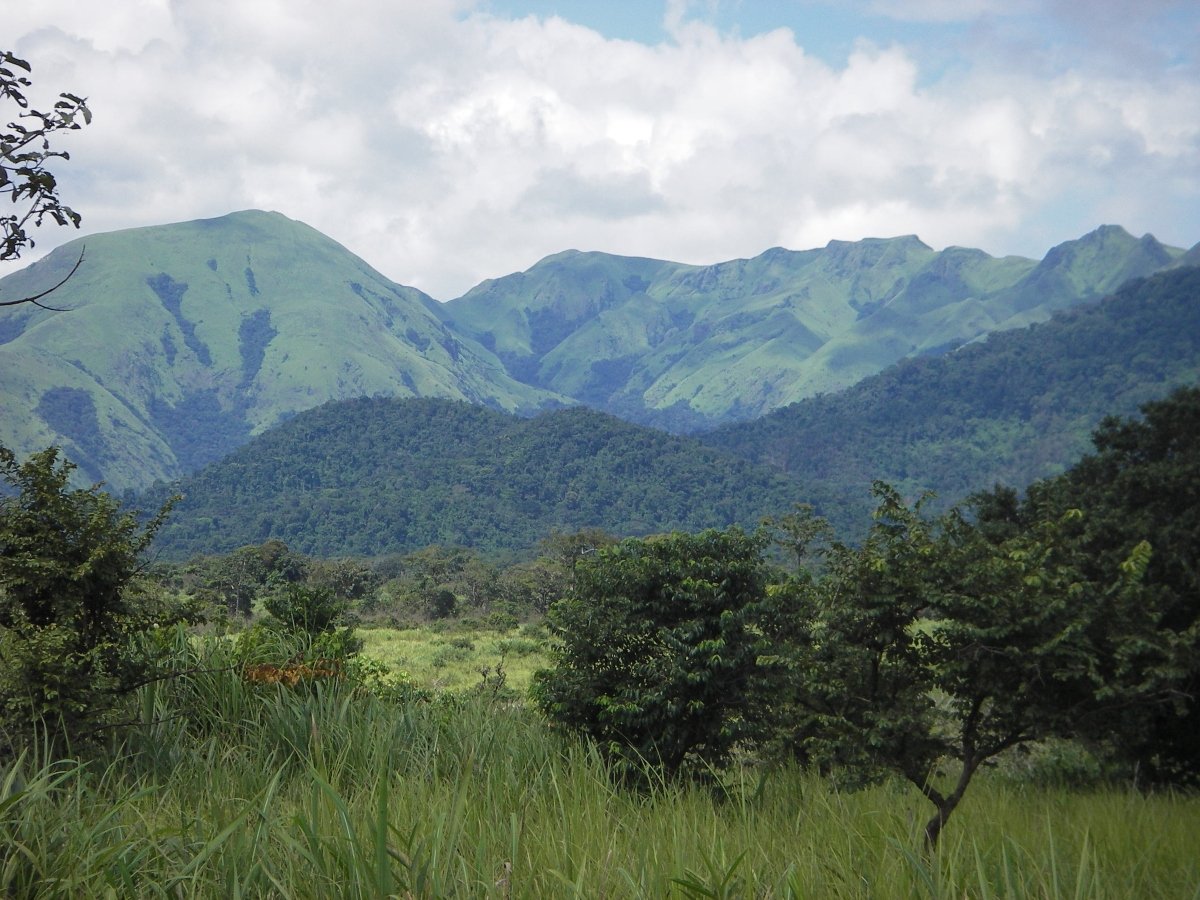 In total, 830 vertebrate species have been described in and around the Guinean Nimba Mountains. These include 76 large and medium mammals, 97 small mammals, 56 species of bat, 441 birds, 90 reptiles and 70 amphibians.

The Nimba Mountains lie within one of the world’s Endemic Bird Areas, and the Guinean part of the massif is recognised as one of the country’s 18 Important Bird Areas.

The Nimba Mountains Strict Nature Reserves in Guinea and Côte d’Ivoire fall within an Alliance for Zero Extinction (AZE) site. AZE sites are considered Key Biodiversity Areas (KBAs), too. The Nimba Mountains are one of the top priority sites for chimpanzee conservation in West Africa, according to the IUCN’s Species Survival Commission’s Primate Specialist Group. 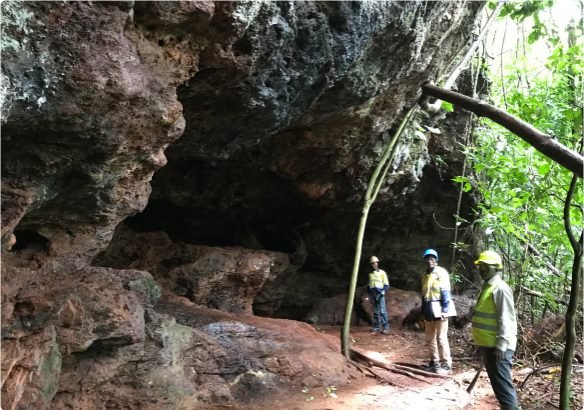 Archaeological remains indicate the Nimba Mountains have been inhabited for thousands of years. Their written history began a little over a century ago. 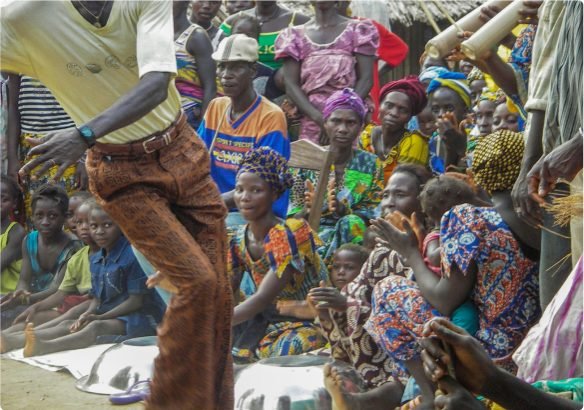 Since the late 1980s, the Guinean Government and international partners have sought how to balance the legitimate development needs and aspirations of local people and of the nation, with the imperative of protecting the unique species and ecosystems of the Nimba Mountains.