Hunting has taken a heavy toll on the Nimba Mountains’ wildlife for many decades, as mentioned in early scientific accounts of the 1950s and 1960s, and in the revised World Heritage Site nomination of 1993. A study in 2004-05 by the NGOs Sylvatrop and Fauna & Flora International documented that hunters had reduced the populations of many larger mammals to where their health and survival were imperilled.

Beyond reducing wildlife, hunters are frequently the source of the destructive wildfires that burn the mountains in the dry season.

Numerous initiatives have sought to reduce the unsustainable pressures from hunting, although they have not had lasting impact: hunting restarted after a particular project ended.

Researchers have sought through their presence to reduce poaching. Likewise, SMFG and other partners have sought to help the Guinean Nimba Mountains’ management authority ‘CEGENS’ with anti-poaching patrols.

In 2014, SMFG agreed a deal with associations of local hunters from four pilot villages surrounding the World Heritage Site. SMFG would pay for setting up piggeries, and provide piglets for breeding stock, 18-24 months of food, veterinary care, and training in raising pigs and in basic administrative and book-keeping skills. This would allow each association to raise pigs to an age where they could be sold, and the money reinvested in pigs’ food, maintenance of infrastructure and veterinary care, while providing some profit to the hunters, too. In exchange, hunters committed formally in writing to (1) not to hunt or use fire in the World Heritage Site, (2) to prohibit and take all reasonable actions to stop others from hunting or burning in their nearby portion of the World Heritage Site, and (3) to strive to make the piggeries viable and sustainable.

In 2015, four pilot piggeries were established. Over the following years, another three were established with the company’s support. SMFG maintains regular contact with all seven ex-hunters’ associations, assisting them to overcome problems and offering advice. This regular contact across time has helped them to persevere where previous, shorter-term initiatives did not.

The piggeries have contributed to reducing poaching in the Nimba Mountains and the frequency of destructive, dry-season fires. They have provided an assured source of income to a local social group. Not only have hunters’ associations benefited, the initiative has had the unplanned benefit of catalysing many household-level pig-farming ventures as families bought piglets from associations and started their own piggeries, improving their household protein intake and revenues. 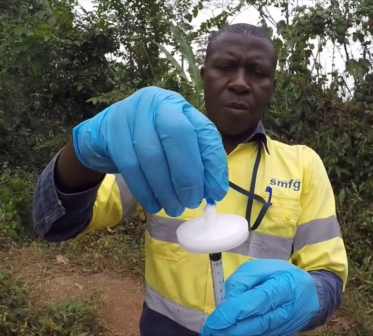 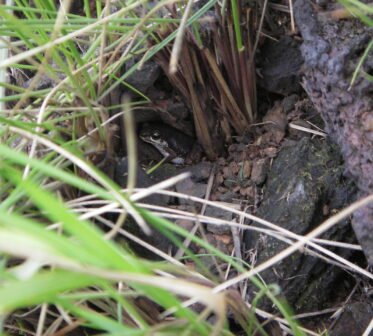