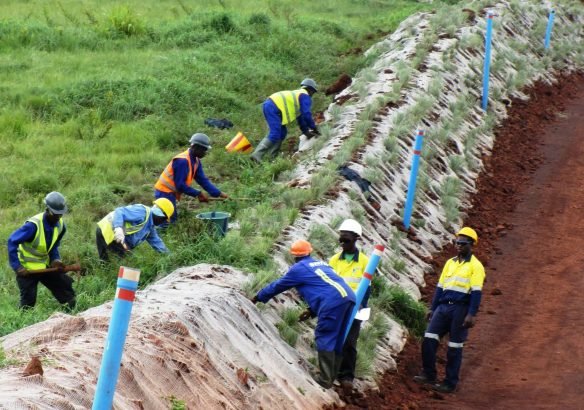 SMFG was formed in 2003 following the signature of a mining convention agreement and annexes by SMFG’s major shareholder, Euronimba Limited, and the Government of Guinea.

Later that year, the Government granted a concession of 6.25 km² in the northern Guinean Nimba Mountains where SMFG has worked to develop a mining project. The Guinean Nimba Mountains are in the extreme south-east of the Republic of Guinea, on the borders with Liberia and Côte d’Ivoire. They are in Bossou and N’Zoo Rural Communes, in Lola Prefecture, in the Administrative Region of N’Zérékoré. In 2005, SMFG took over the existing infrastructure left by previous exploration campaigns, which had started in 1968 by the United Nations’ Development Programme (UNDP), and were led from the early 1970s to the early 1990s by the parastatal company Mifergui-Nimba. In 2005-07, SMFG rehabilitated and expanded Mifergui-Nimba’s abandoned buildings, access tracks, drill platforms and other infrastructure. SMFG conducted resource drilling from 2006-09 to reconfirm the results of earlier drilling. All activity occurred strictly within areas reserved for mining. In 2009-10, SMFG conducted extensive rehabilitation of areas no longer needed for drilling, drawing valuable lessons for future environmental restoration. 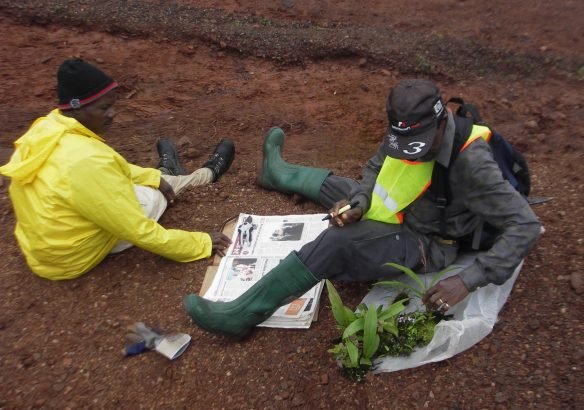 After a thorough review of the vast literature on the Nimba Mountains, SMFG launched environmental monitoring and research, including of climate, hydrology, water quality, vegetation, amphibians, chimpanzees, small mammals and a suite of invertebrates including molluscs, crabs, spiders, butterflies, ants/termites and earthworms.

SMFG also collected detailed socio-economic information about the surrounding villages. These studies permitted the company and its lead consultant for the proposed Project’s environmental and social impact assessment (ESIA) to develop terms of reference (ToR) for the ESIA. From 2008-10, these ToR were extensively discussed with stakeholders in Guinea. Their feedback was incorporated and the ToR were approved by the Government of Guinea in 2011.

From 2011-13, SMFG undertook intensive studies to characterise the baseline conditions for the ESIA.

In parallel, a second drilling campaign was conducted to obtain more refined information on the iron-ore resource, and a raft of engineering and design studies were conducted to define how to mine the ore, handle it and transport it to the surrounding lowlands and then to a port. By the second half of 2013, the Project’s general design had emerged. However, due to technical issues and the Ebola virus crisis, the studies were suspended in 2014-15.

From 2016-18, SMFG maintained a strong presence of more than three hundred personnel to maintain and secure essential infrastructure, to ensure environmental compliance and to maintain communications and involvement with local communities at Nimba.

In parallel, Euronimba Limited sought additional investors. SMFG’s environmental team took advantage of this quiet period by continuing monitoring of key parameters, like Nimba’s climate and amphibians, and conducting targeted studies to address topics needing further research. These studies addressed Nimba’s bats, chimpanzees, spiders, butterflies, orchids, ants/termites and earthworms, amongst other more general monitoring work. Other work focused on problems like devising control measures for invasive exotic species (e.g. Chromolaena odorata or ‘Siam weed’ and “noupala” in the local dialect) and monitoring of the impacts of anthropogenic fire on Nimba’s vegetation and ecosystems. During this period, SMFG also built the skills and management experience of its national personnel with several Guineans promoted to positions of authority. This was an opportunity to embed a working culture of health and safety, environmental awareness, respect of local communities and the eradication of bribery and corruption. 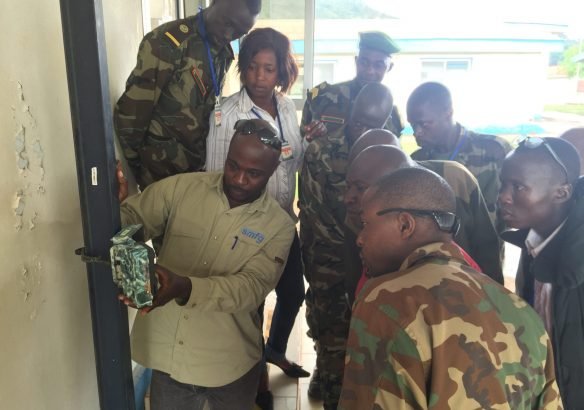 Support to Local Communities and Protection of the Nimba Mountains

From 2005-19, SMFG developed an outreach programme for local communities, informing them of developments in the Project, and supporting a range of strategic local development initiatives.

SMFG had provided modest support every year, as far back as 2003, to conservation of the Nimba Mountains Biosphere Reserve (NMBR). From 2016, however, SMFG saw opportunities to increase its assistance significantly by supporting the NMBR’s management authority, local communities and its own staff’s efforts to protect wildlife and vegetation, fight against fire and invasive species, and promote transboundary collaboration between Nimba’s management authorities for Cote d’Ivoire, Liberia and Guinea.

SMFG’s environmental and social performance is summarised in the annual reports the company submits to the Ministry of Environment, Water and Forests.

The following reports are available: